Guts and Glory is the new physics based death game developed by HakJak Productionsand published by TinyBuild. Featured on Kickstarter at the moment, they are looking for $30,000 to make this game a reality, so we thought we’d give it a go.

Guts and Glory is a game about ordinary people competing in extraordinary challenges of life and death!  People from all walks of life compete in the world’s deadliest vehicular obstacle courses for their shot at riches and glory in the craziest gameshow on earth–the Guts and Glory Games!

THE GOAL IS SIMPLE: Race to the finish as quickly as you can while everything around you tries to kill you! And yes, it’s as difficult as you might think. The game has been purposefully designed to be hard, with super sensitive controls giving a very uncontrolled feel to the players and their vehicles. This does add to the games overall fun but can be quite frustrating after a while – especially when I just couldn’t get past that one minefield, after I’d tried about 50 times and still had nothing to show for it, after I kept on ending up in a bloody mess on the floor -grrrr, *cough* , but I transgress.

Arrows, saws, mines, cannon balls, you name it, it’s here to try and kill or maim you whilst you attempt to traverse each area. With 3 different character sets, each with their own back story and movement style to choose from at the moment.

The game itself is simple yet fun, with official tracks, a track editor, and some community built tracks available to attempt, there is a lot to get your teeth into. This community aspect of the game will definitely add some much-needed longevity. Although it is fun, it can become a bit samey as you progress through the levels. This ability to run your very own death course or some community insanity means that you should be able to find an enjoyable track or two no matter what. The game itself won’t just stop here, though, even while it’s in Kickstarter the developers are already laying out a list of new features they wish to implement:

If Guts and Glory does well enough during Early Access launch, HakJak Productions have stated-  ‘we may build additional Game Modes.  I’ll look to fans to point me in the right direction on this one’. These are not confirmed, but just possible ideas:

It looks like HakJak Productions could be onto a winner if they manage to hit their Kickstarter total. 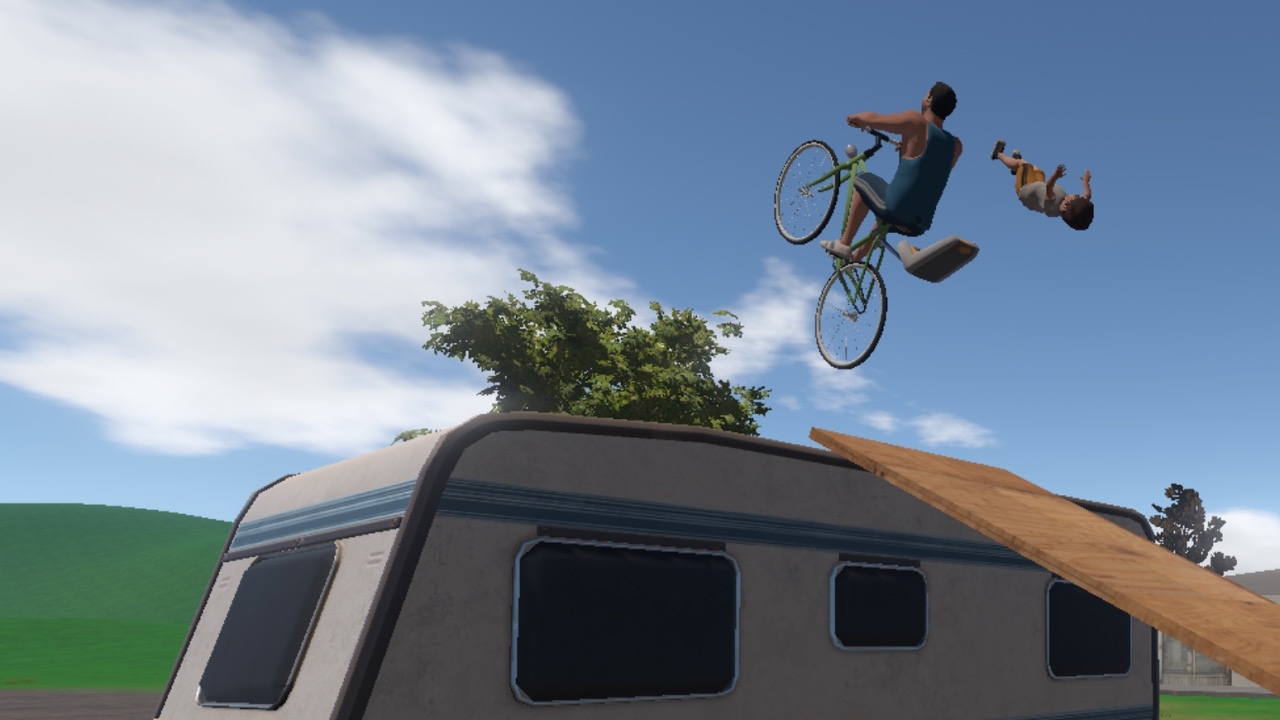