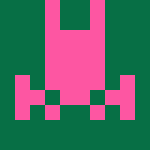 Are we in the middle of a brand new handheld gaming arms race? You may not think it but handhelds are starting to become a big thing. Back in the heady days of early 2010’s, as gamers looked forward to a new generation of consoles, pundits seemed sure of one thing. Handheld gaming was dead.

Throughout the 90’s and into the early 2000’s, handheld gaming was a lucrative companion to the trusty home console. Nintendo, of course, dominated the market. The Game Boy, Game Boy Colour, Game Boy Advanced and then DS had all sold very well. There had been competitors. Sony did very well with it’s disc based PlayStation Portable. There had been noble attempts by Sega, Atari and Nokia to get in on the action too. You could expect to see equal shelf spaced dedicated to handheld games as to home console games in your local game store.

Until the 2010’s. When Nintendo’s 3DS console first released, the reception was far more muted than with the previous DS and PSP release. Sony’s PS Vita spectacularly failed to make any real indent in the mainstream gaming market. The space reserved for handheld games in stores diminished to just a few shelves. You were more likely to find space dedicated to old PS2 games than any handheld.

As an aside, we would be remiss not to acknowledge that actually, the 3DS sold very well (at over 75 million units) and was a great little device. That doesn’t mean that it captured the imagination of gamers as much as the previous unit had.

Pundits had lots of reasons for this. Kids or people that wanted a distraction when on their commute didn’t need to look to handhelds when they had the emerging smart phone market to engage with. People wanted iPhones, not handhelds. Sony’s attempt to sell AAA games on their Vita (and its subsequent failure) made people argue that expensive fully fledged titles were not what people wanted on a portable device.

Flash forward to 2022 and the handheld market is now flourishing. The hybrid Nintendo Switch console is in the top 5 consoles of all time based on sales. It might even challenge the DS for biggest handheld seller of all time. Valve’s Steam Deck is making waves with traditionally desk based PC Gamers. The unit is sold out till the end of the year.

So many new handhelds being released

There are now multiple manufacturers producing even higher spec’d gaming handhelds, such as the Aya Neo range, The OneXPlayer or GPD Win Max. There are a range of Android based gaming handhelds such as the Ayn Odin and GPD XP. Retro handhelds (check out our guide here) have developed their own niche culture of emulation. Not to mention gaming orientated phones with multiple peripherals to turn them into a pseudo handheld.

So if handhelds were dead less than 10 years ago, why are so many manufacturers turning to it now? The most obvious point of reference could be the 2017 launch of the Nintendo Switch. This innovative device replaced Nintendo’s home console, the Wii U by being a home consoles. It also replaced the 3DS by being a handheld. Either way, people were blown away by the potential of playing full home console games on the go. Was that Skyrim we saw running on a handheld?

We’d argue this is true but that the Switch and many of the subsequent handheld releases represents the perfect confluence of technical advancement and 21st century culture.

Handheld as the inferior sibling

Handheld gaming was often considered inferior to its bigger siblings on console or PC. Technical limitations meant that games were often smaller, less graphically interesting or more limited to gimmicks. This wasn’t necessarily the case – some of the greatest games of all time were released on a handheld. Still, you played handhelds when you couldn’t be near your home console. Car journeys or maybe if your brother was watching something you hated on the tv.

This persisted right through to the 2010’s. Even up to the 3DS, handheld games were cheaper and quicker to make than an equivalent home console release at the time. Sony’s attempt at the Vita actually had the reverse effect – they were large games on a handheld but they required home console budgets to make the most of the hardware. They couldn’t be handled by a small side team.

The Switch shook things up

What the Switch did was change this dynamic. The hardware was still limited in comparison to the current AAA generation but with skill, games could be ported. Depending on the scope of your game, you could now release on PC and home consoles as well as a portable. The battery life was there. The controls were there. The hardware broke down that divide between a developer and a separate handheld release.

At the same time, the gaming demographic was changing and increasing. People wanted more flexibility when gaming. They were willing to sacrifice graphical power if it mean they could play on the sofa while their other half watched Bridgerton on Netflix. It wasn’t a ‘lesser’ experience but instead a full gaming experience.

This desire has only increased as hardware capabilities have increased and component cost has gone down. The Steam Deck represents a mid-level gaming PC experience in your hand. If you have the cash, higher end devices can play even higher fidelity. Retro handhelds can easily carry entire console generations on a single micro SD card. If you are on a budget, sync a controller to your phone and you can stream games via the cloud at 1080p or above.

As a result, we are seeing more and more manufacturers get in on the handheld market. It is rumoured that Xbox are going to release a streaming based handheld. Not a day goes by that you don’t see a fan render of a new PlayStation portable. There are multiple YouTube channels dedicated to comparing handhelds and comparing performance.

What this all amounts to is a brand new handheld gaming arms race. A new quest, not to have a distraction when you can’t get your desk or telly but to play what you want, where you want. Perhaps this is the new gaming frontier. Pocket sized gaming portables that can play current titles with minimal compromise.

Rudy Manchego has been gaming since the days of the BBC Micro Computer and spreads himself thin with a love of retro, indie and mainstream gaming. He’s one half of the Jambags Comedy Gaming podcast and likes nothing better than kicking back with a nice pot of lapsang souchong, a good game and a background podcast on the intricacies of Spanish cheese making.

Rudy Manchego has been gaming since the days of the BBC Micro Computer and spreads himself thin with a love of retro, indie and mainstream gaming. He's one half of the Jambags Comedy Gaming podcast and likes nothing better than kicking back with a nice pot of lapsang souchong, a good game and a background podcast on the intricacies of Spanish cheese making.